I guess the title makes things pretty clear from the outset, doesn’t it?

As a company, Wizards of the Coast is dead to me. It’s been coming for a while now, but around last week was where it all solidified, and I’ve determined to no longer buy any sealed product from them. (With maybe a once in a blue moon exception if friends want to do a draft, but I haven’t done one in a couple years anyway.)

I’ve been a longtime fan and player of Magic: The Gathering. I started back in 2000, and played (casually) pretty much continuously ever since. I’m not even going to try and calculate how much I’ve spent on the game over the years. I’ve had a ton of fun with the game, playing with my brother, various friends, and a few times at conventions. I’ve also done a handful of pre-releases. Apart from the gameplay itself, the art of Magic was always something I really loved. It was easily a cut above any other trading card game. The way each world had different aesthetics, and different color creatures had specific style guides, it was just so well done.

Hell, when it came time to find an artist for my first book’s cover, I went looking through a list of MTG artists to find someone, and now we’ve done 8 book covers together.

I owe a lot to Magic, and I’ll keep playing with friends and family, but, sadly, I’m done with Wizards. As I said above, this has been some time in coming. The company’s slide to the woke left has been quite apparent, as has a drop in quality. For quite some time there were unaddressed issues with card stock, and, more recently, they’ve taken to policing their art. They’ve even gone to far as to censor art deemed “insensitive,” or somehow “racist” from their Gatherer database. Moreover, while I’ve not bought much new stuff in the last few years (something I’m glad for now), it is clear that the art quality has declined in two ways. In the first, they’re getting cheap, preferring digital artists over those who actually paint. This results in less distinctive art styles, and less interesting art. Even worse, they’ve been making the art much more PC via “body diversity,” heavy handed “racial diversity,” deliberately taking on more of an anti “male gaze” approach to portraying women (while not doing the same for men), along with inserting more heavy handed SJW stuff into the game. But I’m not here to go into depth on all of that.

The final straw for me was what Wizards just did to longtime artist for the game, Terese Nielsen.

Anyone who’s played Magic for any length of time will have heard her name and seen her art. She’s one of the best the game has ever had, and was one of the few remaining artists with a truly distinct style.

That’s over now. Yup, she’s been officially canceled, for the high crime of following some of the wrong people. You can read more about it at the archived article here. Long story short, she followed some of the wrong, people, and held some wrong beliefs. So despite the fact that she’s part of the LGBT community herself, she was summarily dropped. After over 25 years of quality work, and causing no apparent problems beyond said bits of wrongthink.

Is Wizards going to disappear her art from the Gatherer too? Wouldn’t shock me.

Fortunately, Terese will probably be fine. She’s got plenty in the way of art prints, playmats, etc, to sell, and there will always be people who’d love to commission a great artist. (If she took private commissions I would, though I’m sure I couldn’t afford her rates.) However, that fact doesn’t change anything in terms of WotC. It’s a despicable move by a company that cares more about mob approval than anything else.

Don’t give them money. If you really want to buy Magic cards, do it through secondary sellers, and better if it’s not one partnered with them (such as Cardkingdom.)

There really isn’t much else to say. Don’t give money to people who hate you, don’t support companies that’ll cut off someone who they’ve worked well with for years because of her wrongthink. I’m not going to predict they head down a downward spiral & fail, but if they did, I wouldn’t shed a tear.

Especially with all this going on, it’s important to support creators like Terese. I know the mob will come for me too, eventually, and I promise you I won’t bend to them.

You can get the first 6 books in the Galaxy Ascendant series over on Amazon, and book 7 will be out soon to complete the series. 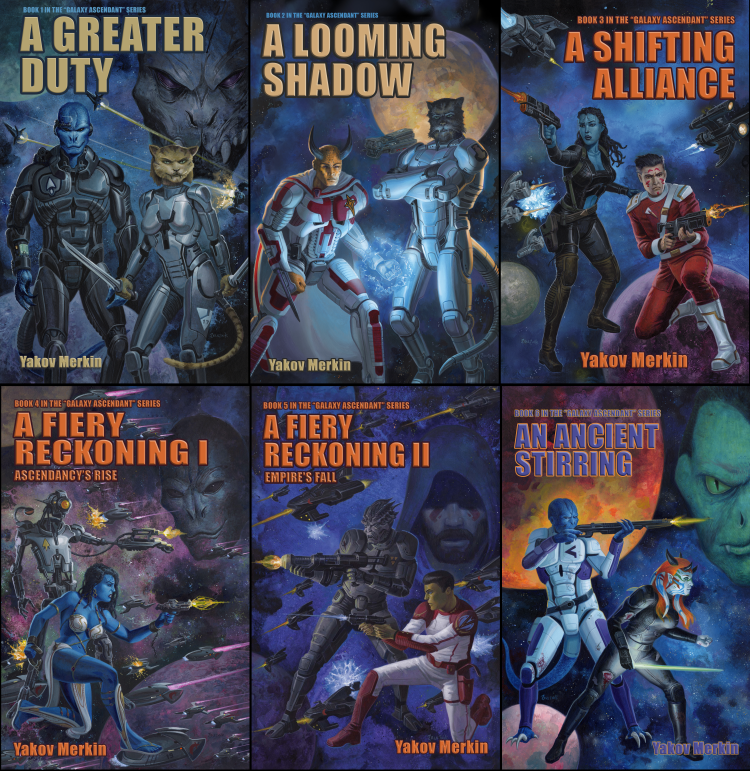 I’m also going to be launching a new series, Light Unto Another World, later this year, and you can read a bit about it here. It’s gonna be fun.

I’m also planning to provide more content to my Patreon& Subscribestarpages soon, and supporting me there gets you access to that and more, and will help push me along the path to writing full time sooner rather than later.

One thought on “Wizards of the Coast Can Go To Hell”