Well, I was originally going to wait a bit longer for this, but Yom Ha’atzmaut seemed like a pretty appropriate time. Today we celebrated the re-establishment of the state of Israel, which played a major role in ushering in a new era for the Jewish people, and revived the image of the fighting Jew, something that had largely been lost during nearly 2,000 years of exile.

In that vein, let my introduce you to my next series of books, Light Unto Another World!

For those of you who don’t follow my twitter regularly, here’s the gist of how it came about. I’ve been watching more anime this last year and a half, many of those fantasy anime, and several of those in the isekai (otherwise known as portal fantasy) genre. It’s a very fun concept, and while I enjoyed the shows I watched, some little things bugged me. These included main characters that felt a bit too same-y, in several respects, were too often fairly passive, and you almost never saw any thought given to the lives they were torn from before getting pulled to another world.

So I got to thinking of how a story with a very different sort of main character would go, then asked, “what would happen if it was and IDF soldier who got pulled into a fantasy world?” Things took off from there, and as of writing this, I’ve completed the first three books in what’ll be a pretty long series, but with much shorter books than I’ve written before. In many ways this is something new for me, and it’s been a blast to write so far.

As you might know, I personally don’t give a darn about “representation” in fiction. Just tell good stories; it doesn’t matter what color, gender, etc, your characters are. However, knowing that there will inevitably be the occasional Jewish character in fiction, I figured I might as well do it right, and do something that so far as I am aware has never been done before.

A strong Jewish character, in physical and mental respects, but also in his faith. A proactive character, acting as a Jew should. There aren’t many Jewish characters in speculative fiction, and very few (if any) observant Jews writing such fiction, so I aim to do my best to provide a positive role model. For both a general audience as well as a Jewish one.

So, let’s introduce this ground-breaking series:

Uriel Makkis, and orthodox Jew originally from the United States, is a tank commander in the Israel Defense Forces. He’s proud of his service, but also frustrated, feeling unable to truly make a difference as he wants to. When he suddenly finds himself pulled through a portal to another world, with no way to contact anyone or get home, he has to adapt quickly to a new world, his new status, and figure out the proper path to take–while also remaining true to his own strongly-held beliefs.

He seen finds, as well, that while he may have been pulled away from the world he knew, he cannot just set that aside as he makes a place for himself in this new one–for more than one reason.

That’s where we’re at for now. The plan is to finish the first 5 volumes, then do a Kickstarter (in July/August, G-d willing), then release a book a month as I work on the next five, rinse & repeat till we’re done. The books will have black & white internal arts in addition to high quality covers in the appropriate style. It’s been a ton of fun to write, and my beta readers have loved it so far. You will too.

Oh, right. There is one more thing. I’ve got the cover of Volume 1 to show you as well. 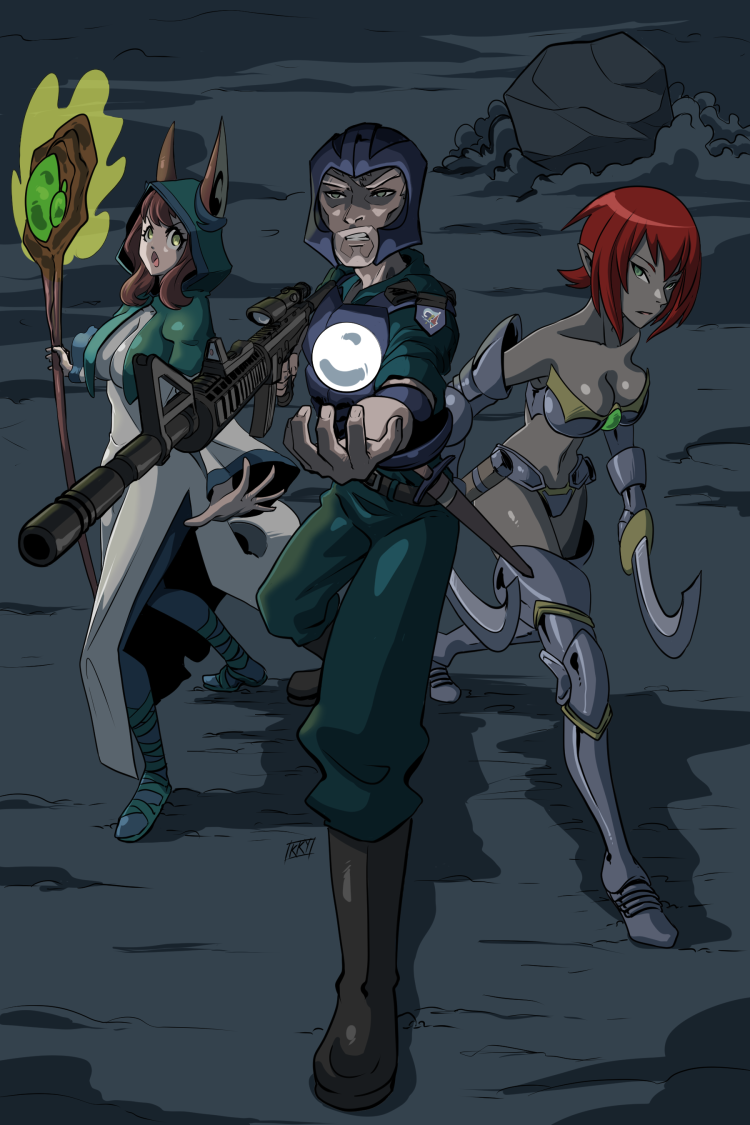 I realized afterward that making it a nighttime scene, with unusual lighting, alters some of the colors a bit, but it came out great. Kukuruyodoes great work, and you can check out his site here (warning, there is NSFW–Not Safe For Work, for those not in the know–art on the site.)

Seeing as there’s still some time yet till this series truly gets going, you can check out my other books over on Amazon! Galaxy Ascendant 7 Kickstarter coming very soon! The more books I sell now, the more time I can spend working on this.

4 thoughts on “Revealing: Light Unto Another World”