After much time and work, my second book  A Looming Shadow, book 2 in the Galaxy Ascendant series will be releasing very soon. So it is my distinct pleasure to reveal the cover of the book, done, once again, by the amazing John Zeleznik. It was great to work with him again, and the cover came out great. Now, without further ado, the cover for A Looming Shadow! 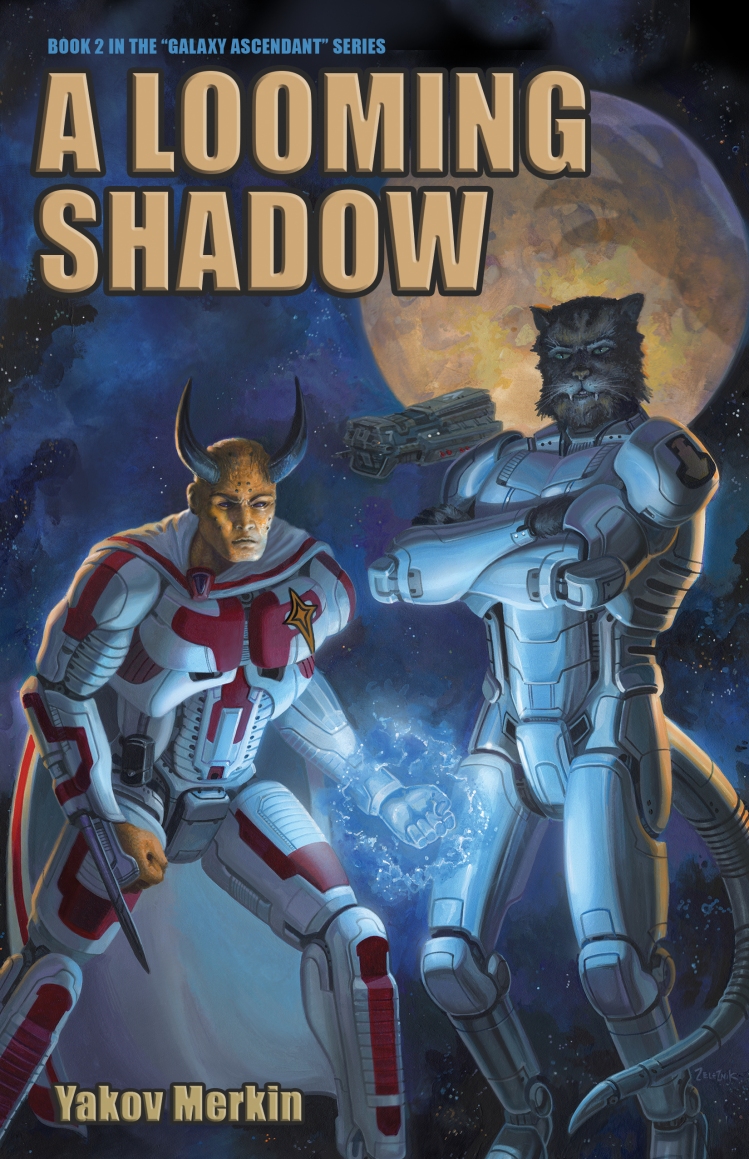 About A Looming Shadow

The war is over, but true peace remains elusive.

A threat still looms large, and the price of eliminating it could be higher than anyone realizes.

It’s been six months since the High Lord’s destruction at the Battle of Dorandor, and the Galactic Alliance is at peace—nominally, at least. While the Tyrannodons have become members of the Alliance, and their wartime allies readmitted, the anger and resentment against them has only somewhat subsided, despite efforts by High Executor Darkclaw to make his people into a true part of the Alliance.

First Scion Dalcon Oresh, hailed as the hero of the war, is focused on tracking down the fallen Scions, led by his former mentor, who have not been seen in some time—along with a number of Tyrannodons who remain loyal to the destroyed High Lord.

When Dalcon finally locates his quarry, he, as well as Darkclaw and Grand Admiral Nayasar, who had been looking forward to peacetime for an opportunity to start a family, are drawn into the hunt. More troublesome, the world to which they tracked the fallen Scions lies outside of Alliance space, in the territory of the mysterious Revittan Empire—who consider any intrusion into their space an act of war.

While Dalcon, Darkclaw, and Nayasar struggle to track down their enemies in a situation that they increasingly realize they had not properly prepared for, trouble is brewing outside, and their direct subordinates, Executor Keeneye and Admiral Felivas, have to make decisions that could threaten the hard-won peace that they have only recently managed to achieve.

Huge thanks to John for another amazing cover!